Prostrations at the Lotus Feet of AMMA.

Today is International Yoga Day. This is the first occasion when the UN and the entire world has accepted a suggestion emanating from the Prime Minister of India to observe this day all over the globe as International Yoga Day. As a citizen of India, one feels proud of this global recognition of India’s contribution to humanity. As an Amritian, one feels still more joy, that it happened on AMMA’s birthday, September 27th, 2014. Sri Narendar Modi received AMMA’s blessings on the night of September 26 – 27 in the previous year at Amritapuri, when he addressed a large crowd on the occasion of AMMA’s birthday celebrations, in the divine presence of AMMA. He became India’s PM the next year, and went on to the UN to make this recommendation.

There is definitely something in the air, today. I could feel AMMA’s presence during the Morning Prayer at home and at office. The mind got settled pretty fast. Tears upwelled from inside. This is a certain evidence of AMMA’s divine presence.

The University arranged a small event on this occasion this morning, and Udhayakumar Sir explained the true meaning of Yoga, as defined by Sri Krishna in Bhagavad Gita and the renowned Yoga Rishi Patanjali; Chitta Vritti Nibritti (Patanjali) and Yogah Karmashu Kaushalam – Sri Krishna. He interpreted these two simple slokas as, ‘stilling the mind’ and ‘perfection in work’. He went on to explain that Yoga essentially shows us the path to be aware of our own true existence, that is immortal, and that continues un-interrupted, even after the present body-frame dies.

We had some preliminary practice, after which I am feeling much more relaxed. All body joints seem to have been let loose like a well-oiled machinery, and feel good. 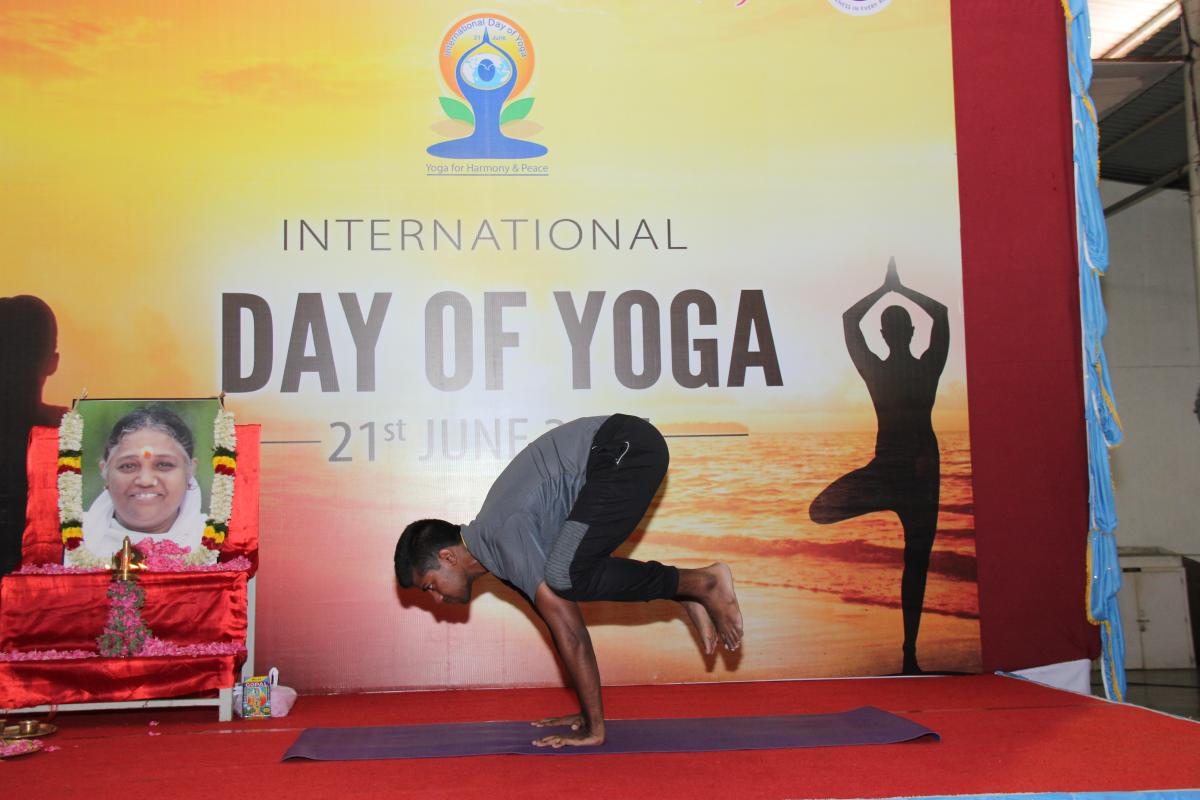 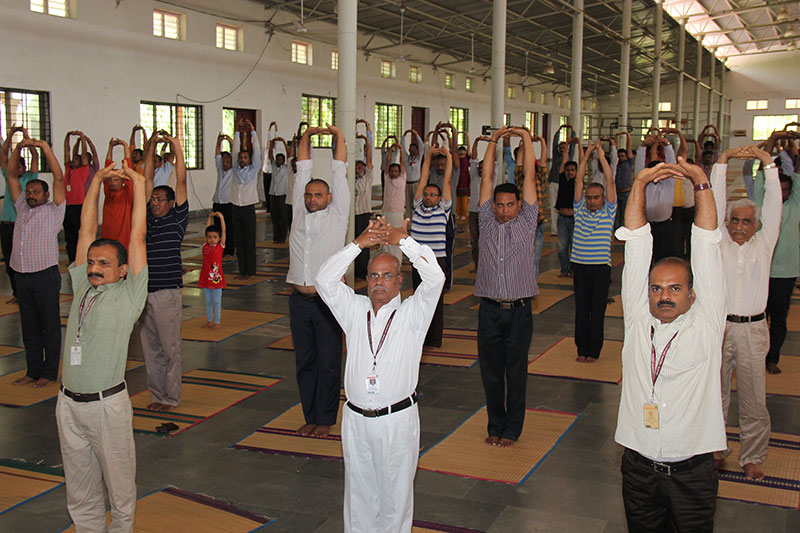 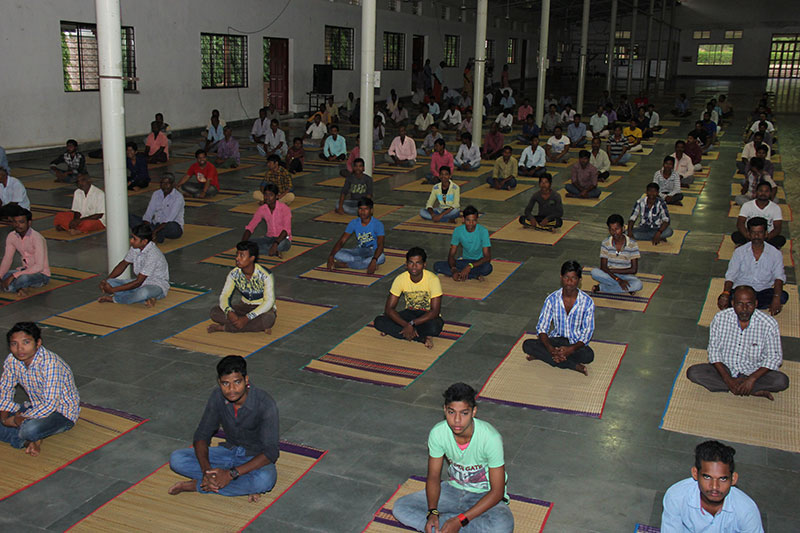